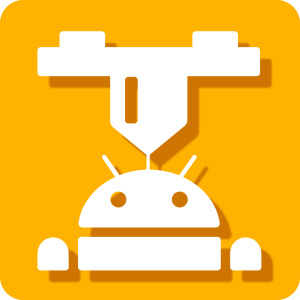 Introducing Printoid X – the future of the app

Printoid seems to be a good application, but it can be something more amazing, more modern. At the very beginning, I’ve written Printoid for myself. In order to have my own interface on my 3D printers. But I’ve though that releasing the app to everybody could be a nice idea. My main goal was to share something with the 3D printing community, to contribute the the Maker’s world.

And things became crazy. Printoid has now a lot of users all over the world. A lot of companies are also using the app, and that’s fabulous. But, together, we can still do something more incredible!

That’s why I’ve undertook a huge rework of the application. In fine, I want to split the app into two parts:

My main goal after that: make the revolution. May the historical interface will change for something new.

And God said: “Let there be light” and there was light

First steps, as I’ve described a few days ago here, I have first a lot of tasks to do before. Then, the visible part of the iceberg will change.

The only things I have to keep in mind are:

About the 2 first points, please guys, follow me on Twitter and Facebook to track the changes and gimme your opinions. Please don’t hesitate to gimme your feedback on printoid.for.octoprint@gmail.com too.

I explain my choice of adding ads to Printoid LITE:

Printoid took me a lot of free-time and energy. Yes, OctoPrint is free and open-source, but every developers could not produce app for free. They also eat and drink like everyone, and the life has a cost.

Printoid PRO and PREMIUM are paid apps, but that’s of course not sufficient at all for me to live from my passion. Printoid LITE (ex-Printoid TRIAL) was, in the beginning, an app to give a try to Printoid before purchasing the PRO or the PREMIUM versions.

But today, more than 50% of the LITE version are still using the LITE version. That’s not a criticism, but I fact that does not help me to produce more things in the app.

I hope you will understand my choice. I am trying to found an easy way to monetize the app, to found the development of the app.

Haters gonna hat – but don’t worry: for the moment, only the new users of the LITE app will be impacted by this decision. And ads will not be invasive at all (that means, not ads while you’re using Printoid – only when leaving the app). If you really want to help me: don’t hesitate to click on the ads. (but you can still purchase Printoid PRO or PREMIUM 😉 )

✏ The core of the app has been re-written (new framework!)
✏ The architecture of the code is now more flexible
✏ Lot of stability & reliability improvements
✏ App tested and validated on Android 4.0 -> Android 8.1
✏ New monetization: ads when leaving Printoid LITE (new users only)
🔧 Lot of crashes solved (thanks to Crashlytics)
✔️ To sum up, the app is now harder, better, faster, stronger
✔️ A lot of crazy things to come soon… Welcome Printoid X!